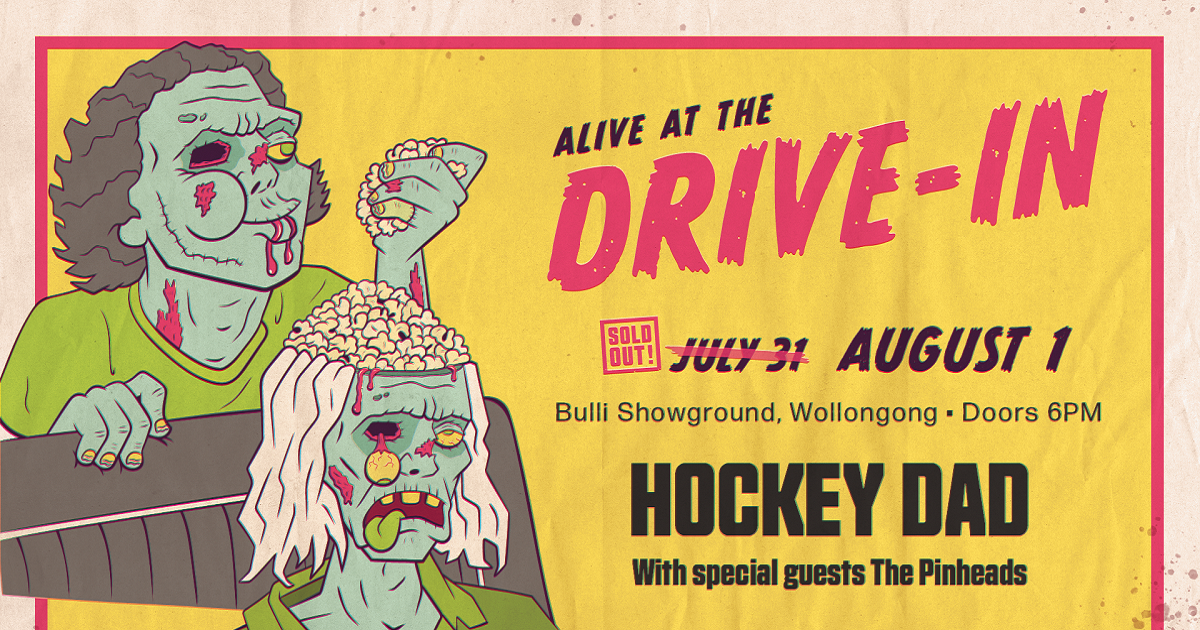 After selling out their first drive-in show within five minutes, Hockey Dad are backing it up with a second show, returning to the stage in a way that is unlike anything that has ever been done before. Their second 'Alive At The Drive-In' show will take place on Saturday 1 August 2020 at Bulli Showground in Wollongong.

After escaping a top-secret Windang laboratory, fans have a rare chance to join these morbid mutants as they launch their brand-new album BRAIN CANDY live in full for the first time, including their terrifying hits 'I Missed Out', 'Itch' and 'In This State'.

Supporting Hockey Dad will be Wollongong band, The Pinheads. Known for their chaotic, energetic, and unforgettable live performances, you'll hear songs from their second LP 'Is This Real' released mid last year and more, plus epic surf doco Rage 3 in all its guts and glory will be featuring on the big screen.

Wondering how it will all work? Fans will experience the event in a similar vein to a drive-in movie theatre and watch from the comfort and safety of their own car with audio blasted via FM radio broadcast.

The initiative will be in full compliance with the state's public health act and the only exception of leaving a car, is for toilet breaks. All ticketing will remain completely contactless.

Very limited tickets will be available, with only 400x car spots able to enter the event, so get in quick. Tickets can be purchased here from 9am AEST on Thursday  11 June.

Check out Hockey Dad’s recently released new single ‘In This State’! Their upcoming album Brain Candy will be released on 31 July.

The Pinheads will be supporting Hockey Dad at the upcoming gig. Check out ‘Gimme Back’ from their debut album, released in 2017.