Say Hello To The 2019 WAMAwards Winners 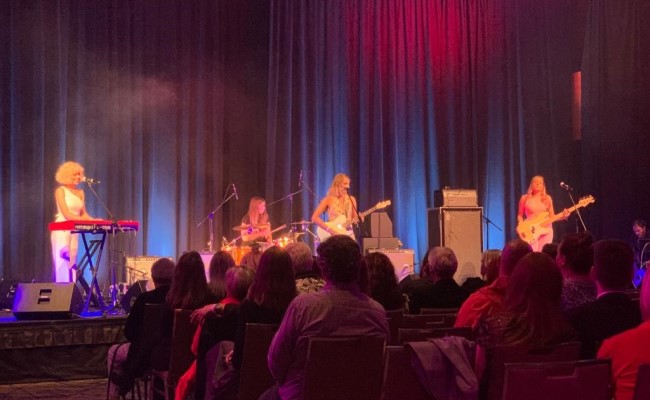 The 2019 WAMAwards returned to its luxe home at the Hyatt Regency Perth on Wednesday 31 October for the second year in a row to celebrate WA's finest music exports and up-and-comers. It was an evening to remember with big winners including Carla Geneve who took out Best Rock Act, Best Single as well as Best Guitarist and Best EP for her debut self-titled EP, and Stella Donnelly who took home Best Album, Best pop Act, and Artist of the Year awards.

Other highlights include double award wins for Dulcie, Grace Barbe and Harry Mitchel, along with Spacy Jane taking home "Best Live Act' and Falls Festival receiving the prize for 'Most Popular Event' for which you can still purchase tickets for Falls Festival 2020 here.

The night featured stellar performances by Hall of Fame inductees The Scientists, award winners Stella Donnelly, Grace Barbe, Dulcie and Superego, as well as award nominees Soukouss Internationale, and Brayden Sibbald. There was an extra special unannounced performance on the night, upping the vibe even further, with Hall of Fame inductee Johnny Young taking the stage to perform one of the many iconic songs he wrote 'The Real Thing' with award winners The Struggling Kings.

And finally, Moshtix is excited to announce that with help from the team at WAM we have selected a Feature Artist from this year's nominees. Announced on the WAMCon Quay Boat Party, please welcome our 2019 Moshtix Feature Artist repping WA, hip-hop artist Flewnt. We look forward to meeting with Flewnt later this year and sharing more of his journey with our fans.